Why a good relationship with your photographer matters. 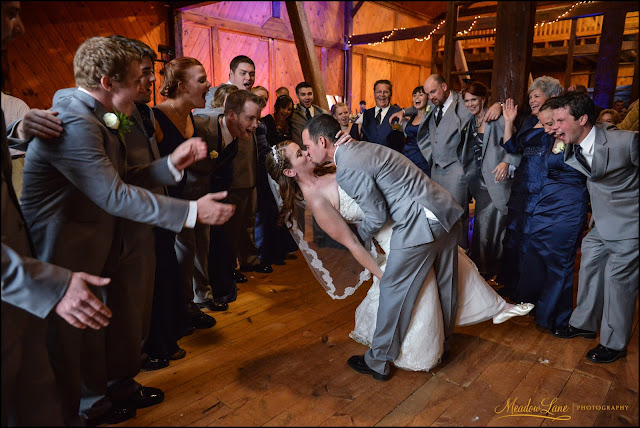 This may just be me, but I've noticed over the last 10yrs that when hiring a photographer, experience and a good relationship with your vendor(s) seems to matter less and less.  This is probably true of other industries, as well.  We've all heard of experiences where companies are hiring younger employees because the salaries are less expensive then retaining someone with more experience.  We see it all the time in sports.  The long-term relationships that an employee has with their clients seems to get lost in the shuffle, and tossed aside to economic realities, as well.

Perhaps it's always been that way, and in my "older" age I'm just now seeing it, since it's affecting me personally.  I mean, I was once that young pup photographer that kinda sorta snarled at those with experience as being "out of the game" or "not up to date" or "too old fashioned" to be relevant.  I valued loyalty and personal relationships, but didn't put too much credence in it, at the time.  For the record, I'm regretting that way of thinking, and even saying, those things, now.

But I bring it up because young Drew would have never taken the above photograph, which turned out to be one of the signature moments at Erin and Chad's wedding.  Let me set the stage, and explain what I mean, and tie in how the role of experience and a personal relationship with a client helped to create this image.

I've know Erin since she was in High School.  I photographed the theatre shows she was involved in, and she trusted me to photograph her senior portraits.  She told me a long time ago that when she would get married, I'd be her photographer...and so it all came together last October, when she married Chad, and I was there, with Andy, Annemarie, and Katie, all ready to capture her special day.

When we got to the reception hall (The Harley Davidson Barn, on 322, outside of Boalsburg), we found out that there was going to be a long delay on the caterers part...like over an hour long delay.  Experience has taught me that things happen in the biz to all of us vendors, and that the vendors need to really work together to cover for each other when something goes wrong...and it was happening to Erin and Chad....right now, in front of our eyes.

The introductions happened, and then there was a lull...then the toasts, and another lull...and then everyone started getting antsy.  After a while of waiting, our team took the Bride and Groom outside of the Barn to get some images by a nearby cornfield, to help kill some time, as well....but we were losing some really sweet natural light that was coming in through the windows, where we had planned to take the cake cutting and first dance images, and with the delay in dinner, those moments would take place after the sun set.  Some of the relatives were even leaving, at this point.

And here's the important part of the story.  "Young Drew", from 20 yrs ago, would have let things happen, and just wrote it off to the day being the day.  "It is what it is, and it's not my fault," or something along those lines.  But "Old Drew" was going to take a chance on the relationship that he had forged with Erin, for all those years.

Always looking for a teachable moment when I have Andy with me, I took him aside, and said something to the effect of "this is the part where we save the party."  I know that may sound kind of cocky on face value, but in reality it was one vendor coming to the rescue of another, more than anything else.  But my point to Andy is that sometimes when an opportunity is fading away (like our light) you have to take the bull by the horns, and just go for it.

So we approached Erin, and suggested that we do the formal dances and cake cutting ahead of the dinner, instead of the "official" plan of it being after dinner.  It took a little bit of persuading, but the key element is that Erin trusted Andy and I enough to know that when we said that we have a chance to get some stellar images of both events, but only in the next 20min or so, so believed that we were genuinely trying to help her out of a jam, and to help her get the best images we could possible deliver, and to keep the party moving.

So the events were switched around.  The DJ did an amazing job of getting the families fired up for the first dance, and Andy and I had them all around our couple as they did their dance....and today's photograph is one of the images that came from that moment.  They danced with their parents, and then the cake cutting was next...and when we were finished, the dinner was finally ready.  It was truly a win/win on many levels.

But the relationship that was established with Erin, over many years, is what made this moment happen.  The trust she put in us to think of her first, and her images (and photography is VERY important to her and her family) lead her to making a decision that wasn't part of the original game plan.  Mixed in was the experience of knowing that the party needed a jump start, in the worst kind of way, and that Andy and I, and our team, could provide that spark.  The rest of the evening was amazing, and it was almost like everyone forgot how slowly things started off, by the end of the night.

So the moral of today's long winded story...when you're booking a vendor for an event, keep in mind the importance and value of the relationship you have with that person.  Can you trust that they are working for your best interests, so if something presents itself on your day, that was unforeseen, and they come to you and say something like "if we changed things up a bit, and did this, it would be better", would you believe and trust them, and make the change?  Also as important....do you value experience enough to pay for it, for situations just like this one, to hire vendors that can change it up on the fly, and keep everything running smoothing, when something happens that's out of our control?   "Young Drew" would have let it happen.  "Older Drew" made it happen....and got a pretty cool image, in the process!
« Previous Post