Picture(s) of the Day 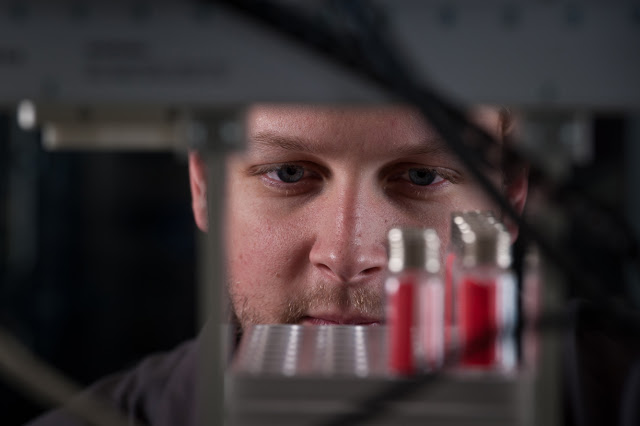 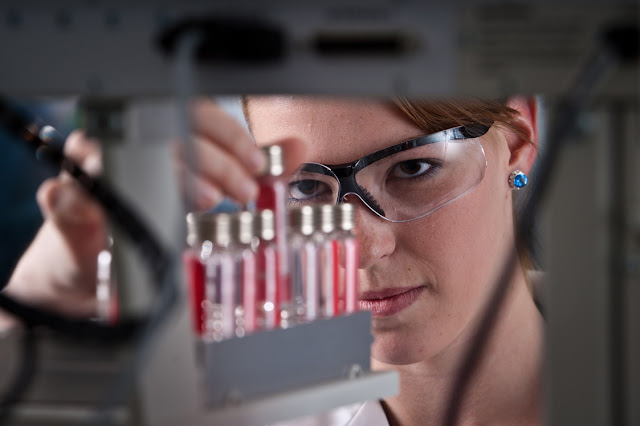 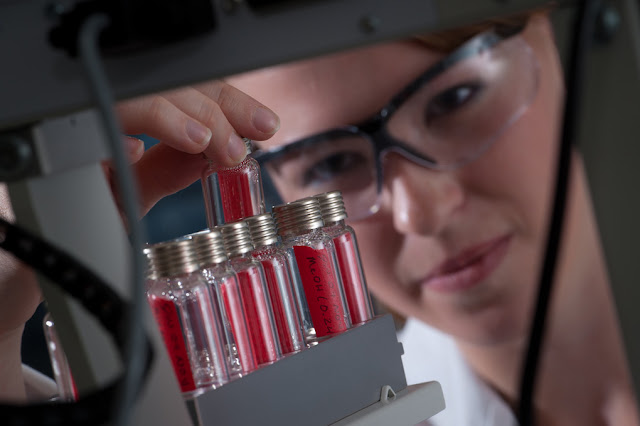 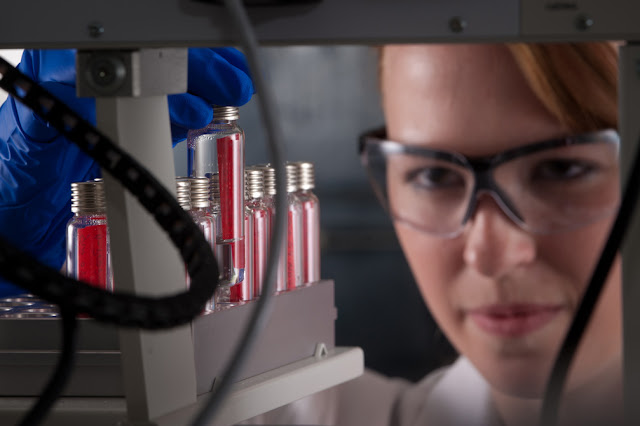 2011 PSU Forensic Sciences Session - Here's a good example about the workflow that goes into a session like this one.

In the first picture, Andy and I took a test picture of Zack, with the concept we wanted to convey in this image...just a very basic groundwork kind of image.  The basic lighting and compositional elements are there...just the building blocks, really.

We bring in our student/model for the second image and move a little bit on the composition, so that the focus is sharply on her eyes as she's looking at the specimen bottle....however, the catch light from the flash is very evident in the corner of her safety glasses.

So we shifted the focus of the image to the specimen bottle that she's holding, and we tilted the camera a bit, to help take away some of the harsher reflections...and by focusing on the specimen bottle, that helped a bit with the flash bouncing off the safety glasses.

The final image is where it really came together...and we caught a mistake that we missed in the other two previous images....did you catch what it was?

It's always very important in a session like this one to be as thorough and accurate as possible, so that there aren't any flags thrown up that could compromise a great image.  If you said that our subject was wearing gloves in the last image, than bonus points to you for catching that we missed that in the previous two images.  But something like that being missed, or getting through an editor could have been catastrophic in the long run...especially if a couple of thousand brochures had been printed out before the mistake was found.

But we did catch it, so "no harm, no foul" as the expression goes....but I wanted to highlight this run of images, today, to show some of the behind-the-scenes work that many times goes into getting that one final image that a client can use.
Keywords: PSU, PSU Forensic Science
« Previous Post Next Post »